These photos were taken sometme between October 1968 and January of 1969, as far as I can remember. Maybe someone with eagle eyes can tell which issue of the WNEU Survey is posted on the bulletin board and find an exact week. Since I've become relatively senile, I can no longer remember some of the people in the photos, so if you know who they are, let me know and I'll re-caption. I believe I've got another set of negs somewhere with more pics because I have a recollection of shooting Lenny Eisenberg and Art (Russa) Masotes(?) and Tom Lane, among others (but maybe that's just a hallucination). These are only partially restored. When I get the time, I'll do a full restoration. I also found some old Surveys, which I'll also post when I get the chance.--Martin Brooks 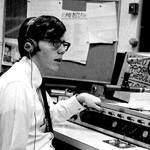 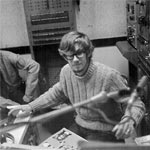 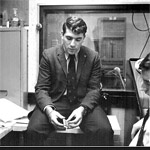 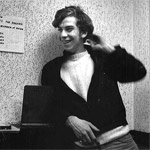 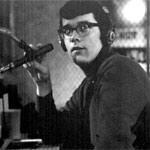 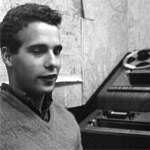 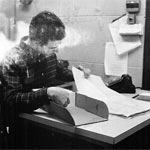 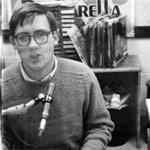 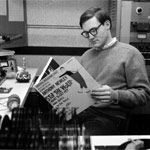 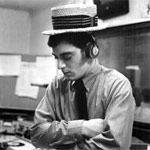 Except for the fellow in the first shot, whose name I can't remember, I have no idea who these other people are. This must have been a weekend...I can't imagine anyone playing Anthony Newly during the week. 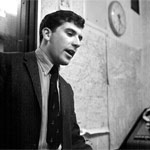 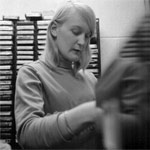 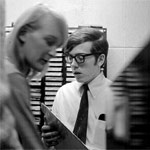 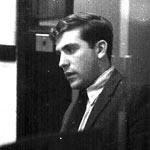 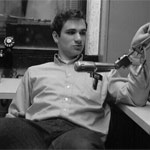 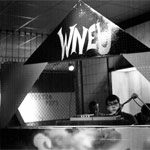 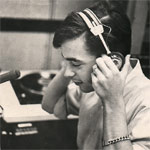 Engineer Howie Mullinack, the super-duper remote booth, this photographer pretending he belonged behind a microphone 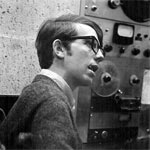 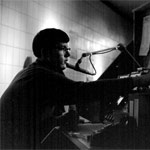 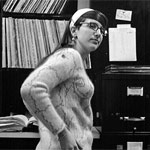 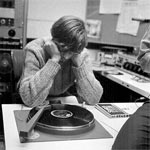 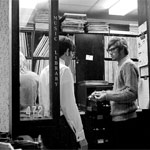 Jim Gordon; Bob Raines in what looks like a very late-night shift, but was actually the cafeteria in the morning; Folkie Donna Halper; Norm contemplating a piece of vinyl; Linda, Jim and Norm in the old record library 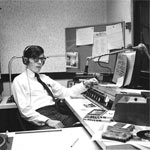 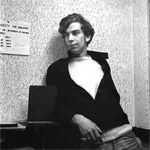 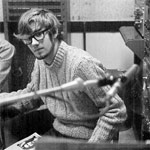 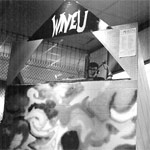